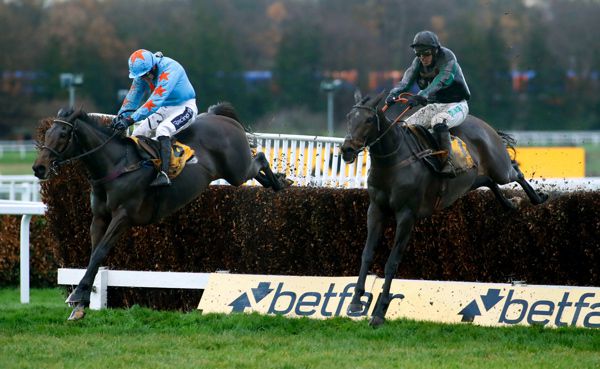 Nicky Henderson has reiterated Altior is highly unlikely to take up his entry in the 32Red King George VI Chase at Kempton next week.

The brilliant eight-year-old extended his unbeaten record over jumps with a dominant victory in the Tingle Creek earlier this month, reaffirming his position as the current king of the two-mile chasing division.

Connections have not ruled out stepping up to three miles at some stage, but Henderson feels it would be unfair to ask the undoubted star of National Hunt racing to do so less than three weeks after making his seasonal reappearance in testing conditions at Sandown.

The confirmation stage for the Boxing Day showpiece is on Thursday and while his trainer did not completely rule out letting Altior stand his ground, he has no intention of running him at this stage.

Speaking at Newbury on Wednesday, Henderson said: “I will sort today out before I worry about forfeits tomorrow.

“He (Altior) won’t be in it (King George), I don’t suppose. The Pughs (owners) get back tonight and I will talk to them.

Although the King George has all but been ruled out for Altior, Henderson could consider running him at Kempton — with the Desert Orchid Chase the following afternoon under consideration.

Henderson added: “The chances are he will be entered in something at Kempton, but it is 17 days from the Tingle Creek to the King George and I don’t think that’s fair.”