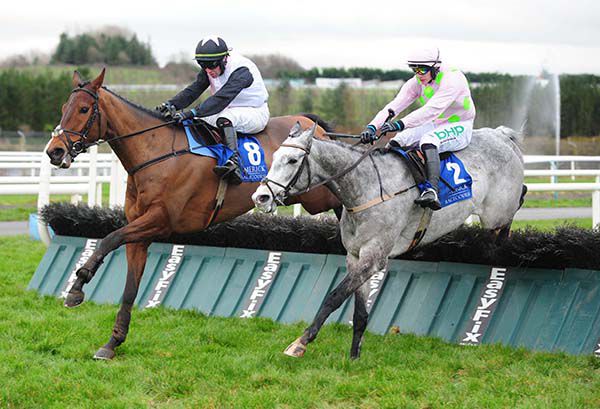 Annamix favourite for the Supreme Novices’ Hurdle for the past two seasons, suffered a shock defeat on his Irish debut at Limerick.

The dogs had been barking about Willie Mullins’ grey last summer, but injury prevented him from making it to the track.

He finally appeared in the Future Ticketing.ie Maiden Hurdle but had no answer to Jessica Harrington’s Press Conference (3-1), a spare ride for Niall Madden, who pulled away to win by two and three-quarter lengths.