Annamix off mark as Townend hits 100 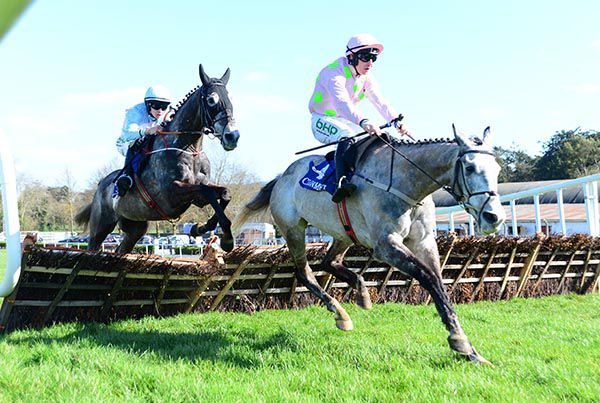 Annamix was made to work hard to get off the mark in the opening Goatenbridge Maiden Hurdle at Clonmel this afternoon.

Willie Mullins' charge, who had such a lofty reputation last season but failed to make the track, was sent off a 4/6 shot.

The French-bred had been turned over at the same price on his Irish debut at Limerick over Christmas but got the job done this time.

Paul Townend's mount tracked Raya Time throughout in the two-miler and the pair were well clear of the field up the back straight.

Annamix challenged two from home and had a narrow lead going to the final flight where he was untidy.

The Martaline gelding stuck on well on the run-in to record a a length-and-a-half success.

It was the 100th winner of the season for Townend and his boss Mullins commented:-

"It is a wonderful performance by Paul and hopefully he will add a few more before the end of the season.

“Himself and Rachael (Blackmore) have lit up the national hunt season and hopefully Rachael can also ride 100 winners late this season.

"I didn't think I'd be going to Clonmel to break that fella's duck and we'll look at a race wherever we can find one before the end of the season.

"I was keen to go novice chasing with him next season and that's why I said we'll try and win a hurdle race with him. He has been long enough trying to win a maiden hurdle and hopefully now we will get him over fences."