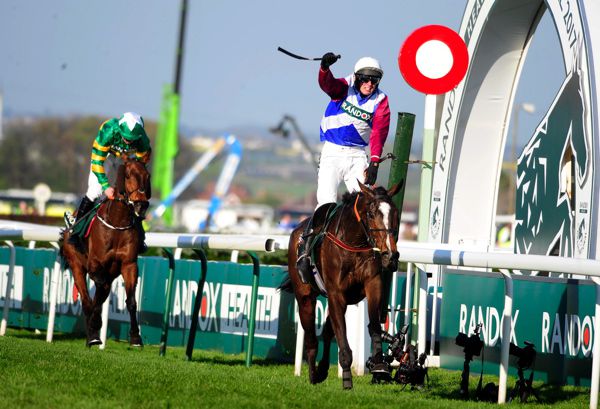 One For Arthur could head back to Haydock or go to Kelso for his next race after being none the worse for his exit at the Merseyside track on Saturday.

The 2017 Grand National hero unseated jockey Derek Fox following a mistake at the fourth-last fence in the Peter Marsh Chase.

It was the second time he had parted company with his jockey this season, after Tom Scudamore came unstuck at Aintree following a blunder at third fence, on what was his first run since his epic triumph in the world’s greatest steeplechase.

One For Arthur got much further this time and was in the process of running a promising race.

Trainer Lucinda Russell will look at either the Grand National Trial at Haydock on February 16 or the Premier Chase at Kelso two weeks later.

“Arthur is fine. He trotted up sound this morning, so that’s good,” said the Kinross handler on Sunday.

“It’s just a shame Derek couldn’t keep on as I think he’d have stayed on in the race and we’d all be very happy.

“He seems fine this morning, so that is what’s important.”

She added: “He could either go back to Haydock for the Grand National Trial — but I’m not sure the track totally suits him — or he could go to Kelso for their Premier Chase, but we’ll see.