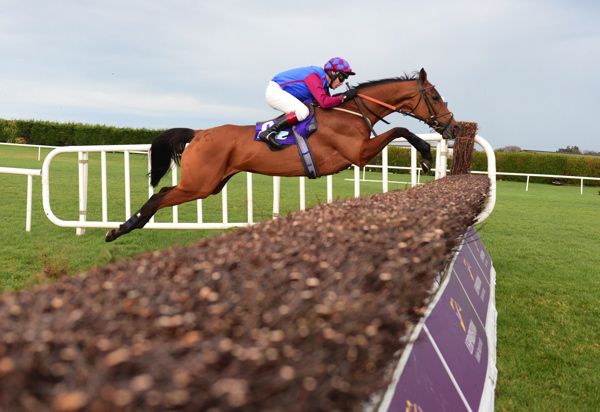 La Bague Au Roi could try to become only the second mare after Like-A-Butterfly to win the Betway Mildmay Novices’ Chase at Aintree on Friday.

Like-A-Butterfly struck for owner JP McManus and trainer Christy Roche in 2005 under AP McCoy and Warren Greatrex is leaning towards running his stable star in this race over three miles and a furlong rather than the Manifesto over two and a half miles on Thursday.

La Bague Au Roi is unbeaten in four starts over fences, which include defeating subsequent first two in the RSA Insurance Novices’ Chase at Cheltenham, Topofthegame and Santini, in the 32Red Kauto Star Novices’ Chase at Kempton on Boxing Day.

She was last seen when landing a second Grade One triumph in the Flogas Novice Chase at Leopardstown in February.

Lambourn-based Greatrex said: “We have been really pleased with La Bague Au Roi since her win over in Ireland.

“Her win at Kempton obviously took another boost given how the RSA worked out.

“She is in great form and will probably do some more work and another school before Aintree.

“With the weather forecast as it is, the Mildmay Novices’ Chase is our preference.”