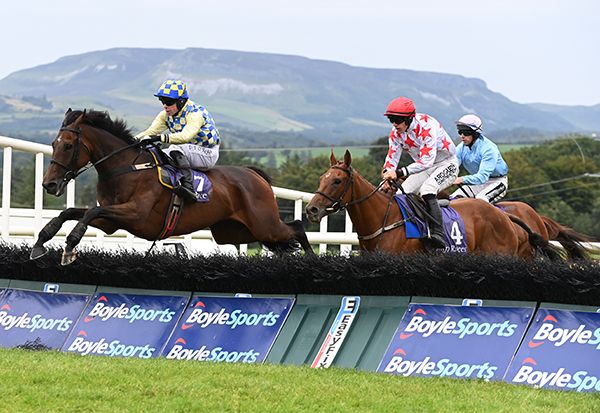 Harry Smyth's Willyouwalkwithme stuck on gamely in the closing stages to land the spoils in the Aidan Moffitt Memorial Handicap Hurdle at Sligo.

Denis O'Regan produced his mount to lead turning for home in the two-mile-one contest and he had a willing partner when asking the Morozov gelding for an effort from the last flight.

It was a this career success for the seven-year-old, with the previous two coming at Downpatrick.

Smyth said: "I gave him a good shout because the likes of here suits him with the uphill finish.

"That's his third win and he's only a three thousand pound horse.

"He'll jump a fence but not for a while as he's still only seven. He doesn't run that often and we give him a bit of time between his races."