Beat gets it done for favourite backers in Kilbeggan 2019 finale 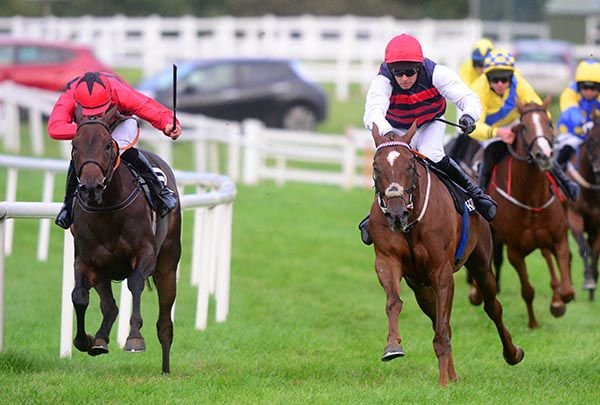 The finale at Kilbeggan for 2019, the September Meeting (Pro/Am) INH Flat Race, went to the Gavin Cromwell-trained favourite Dakota Beat

Mark O’Hare had to be strong on the twice previously placed Beat Hollow gelding in the straight, but the vastly experienced northern rider had a willing partner. Presenting Ana stuck to her task well along the rail for Finny Maguire. Dakota Beat edged it by half a length though.

“They went no gallop the last day, and it was a bit of a mess of a race. He’s no star but he does stay well," said Cromwell.

“It’s possible he could go for a winners’ bumper. The owners (Mark Murray and Grant Harrison) are from the north of England, and he could go to Hexham in a couple of weeks.”

Under the provisions of Rule 90, the Stewards allowed Supreme Sally trained by Richard Pugh, to run on receipt of the trainer's written assurance that the error identified in the certification of vaccinations would be corrected in accordance with Rule 91 within the timeframe specified.