Believe In Beauty gets her winning bracket 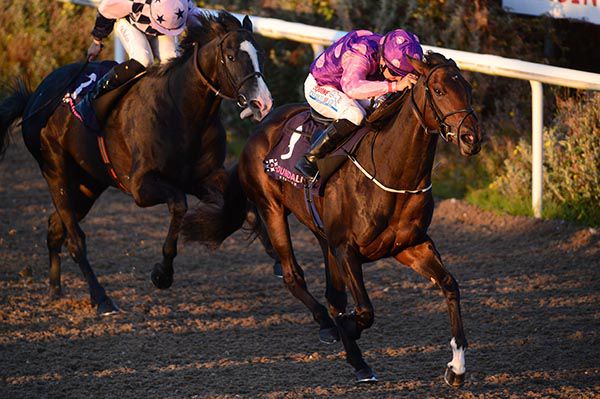 “She's been very consistent and is deserving of that,” said Ken Condon.

“She's been solid the whole way through. It was her first on the surface but Niall did say that she'd really like it. She likes fast ground, she doesn't bend her knee, and he was right.

“Even from a poor draw she broke smart and got a good tow into the race. He said he was going well everywhere. She was dead straight up the home run.

“David is away in Spain for the week on an annual golf trip with his brothers. He's had a good year and has been a good supporter and been lucky.

“We'll look for a nursery or something here. She's actually in the Forans series final and it's a nice pot.

“She'll run away, she's taking it well, and we'll keep going to the end of the season.”