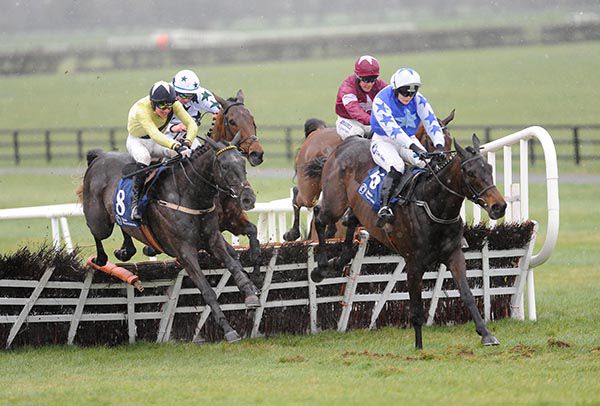 Espanito Bello, a son of Turgeon, had previously won on his debut at the venue in January 2018 and while absent until returning today, stayed on well on the run-in, under jockey Conor McNamara, to score a length win over Defy Du Mee.

Following Espanito Bello's win Fleming stated “it's been hit and miss all season with him and he's been ready since last November but the ground hasn't been right.

“We always liked him, he won a four-year-old bumper here and won it easy. He's done that nicely today and I think he'll come on a lot from it.

“Hopefully the ground stays soft for a while now and he's definitely entitled to go and run in a nice novice somewhere.

“He was quick over his hurdles early on and I thought he was good and quick even when he was a little bit guessy. He was low, he wasn't too high or anything and I'd be happy with him.

“Next season he's going to be grand as well and I'd say there are plenty of races to be won with him. We might go two-mile-six the next day with him.”