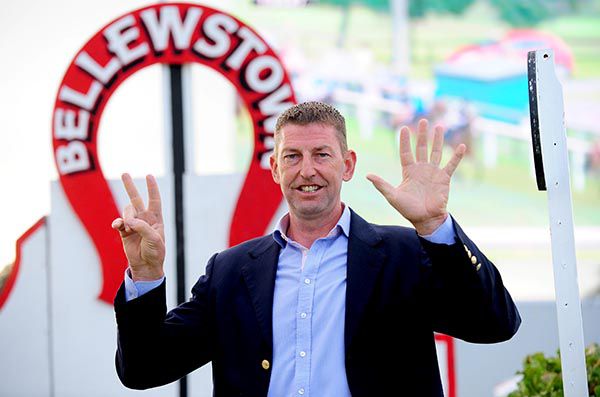 Bentham rounded off a remarkable week for Gavin Cromwell, as he took the finale at Bellewstown, the McLoughlin Oil Flat Race.

The son of Jeremy was completing a treble on the evening for Cromwell, while it was his ninth success of the week, his seventh at the four day Bellewstown Festival.

The Champion Hurdle winning trainer registered a double at Musselburgh on Wednesday, repeating the feat at Bellewstown on Thursday and again yesterday.

He saddled a 1, 2 in the feature this evening, with Ming Dynasty leading home Ejayteekay before Mac N Cheese landed the sixth.

The treble, which came in at just over 302/1, was complete by Bentham who was returned at just 10/3, having being available at 7/1 this morning.

Sent straight to the front by Mark O'Hare, the bay five-year-old made all and kept on gamely inside the final furlong when Rocket Lad attempted to challenge.

The runner-up was returned the 11/8 favourite under Ruth Dudfield for Emmet Mullins, while Wings Of Destiny (8/1) completed the places, another length and a half back in third.

"It's been a brilliant week. I don't think I'll better this," said Cromwell.

"I've always liked this horse and I thought he'd win a bumper first time out.

"I ran him on soft that was too soft and then he missed the break in Ballinrobe. In Punchestown he had gone over the top and the ground went too soft as well.

"I made a bit of a mess of him but I think he's a good horse and I'm delighted he's won.

"He turned in and gave him a chance to fill up. I'm happy with that.

"I don't know what the plan is now. Those are my wife's colours and hopefully he might be in different colours next time."