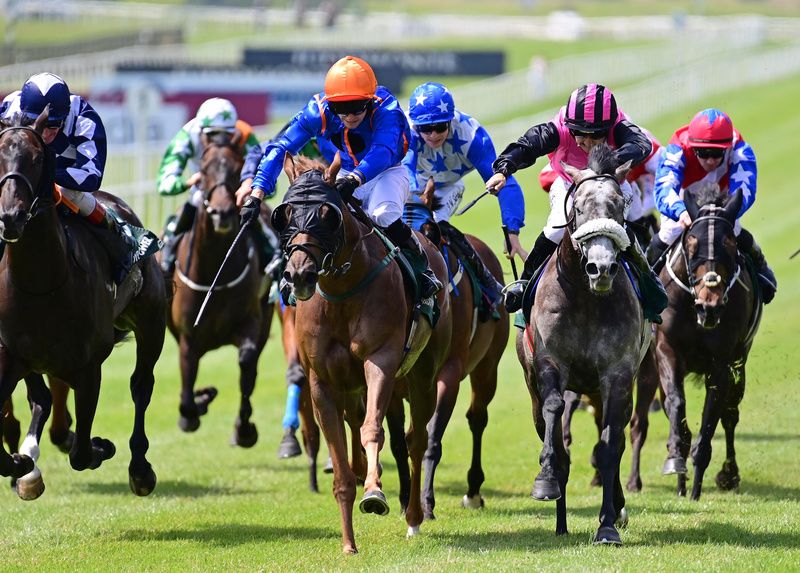 Runner-up on his last three starts, including both the Rockingham and Scurry handicaps, the grey appreciated the drop in class here to run out a comfortable winner under Danny Sheehy.

Already a dual winner at this track over 6f, the Charles O'Brien trained five-year-old had no difficulty dropping back to the minimum trip here.

Leading over two furlongs out, he stretched clear of his rivals entering the final furlong, going on to win by two lengths.

Danny Sheehy said, “He’s been running well and was just touched off in two Premier Handicaps.

“He’s getting better as the year goes on and he loves it up the Curragh. I’m delighted that he’s after getting his head in front today.

“I always thought six was his ideal trip but a fast run five like that suits him down to the ground. He’s hardy and tries hard which worked in his favour today.”

Ground conditions at Leopardstown will be a key factor in deciding whether Irish 1,000 Guineas heroine Homeless Songs will return to action in the Coolmore America “Justify” Matron Stakes next month.

Logo Hunter hoping to get back on track at Tipperary

Michael Browne reports his stablestar Logo Hunter to be over a number of ‘niggly’ problems and is targeting the Listed Abergawn Stakes at Tipperary later this month.