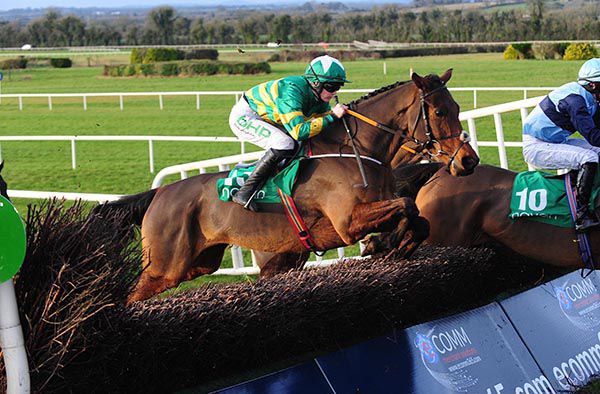 Rachael Blackmore partnered her first winner in the famous JP McManus colours and it was an important victory as Minella Times landed the €50,000 Foxrock Handicap Chase at Navan.

Ben Dundee patiently ridden by Davy Russell after a blunder at the second fence, looked set to score when travelling well to lead two out but Minella Times found more under pressure on the run-in.

The six-year-old Oscar gelding kept on strongly at the end of this 2m4f test to score by three quarters of a length, with Glenloe ten lengths further behind in third.

Winning trainer Henry de Bromhead said, “I'm delighted with that. Rachael was brilliant on him, he jumped great and really toughed it out at the end. It's a fantastic pot. He has some really nice form and it's brilliant to get it.

“He's in the Paddy Power so we'll see. I'm not sure what the penalty is. If he got into it we could consider it but having said that he's had a tough enough race there so we'll see. We haven't looked a whole lot further than that.

“He's shown form over different trips and ran well the last day over three miles in Clonmel, where he was unlucky. He seems to be versatile."