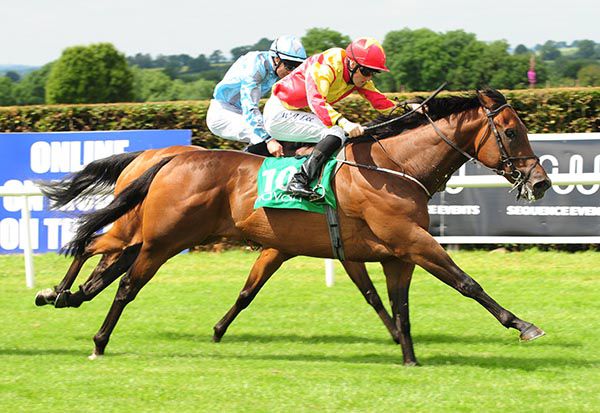 The Mick Mulvany-trained Early Call bounced back to winning ways when claiming the Cross Guns Gastro Pub Handicap at Navan this afternoon.

The Tough As Nails gelding had been placed at the course on four previous occasions and gained his second career victory today in the five-furlong contest having won a maiden at Down Royal last September.

“He runs well here nearly all the time. We were expecting him to be a bit closer in Bellewstown the last day but the jockey said he didn't really come down the hill,” said Mulvaney.

“Here kind of suits him and there never seems to be a day that he doesn't run well here.

“The handicapper is after dropping him down into a category that he can win in.

“He'll probably go to Down Royal in fortnight's time for another five furlongs. He won up there last year.

“We'd be hoping that the handicapper doesn't give him too much.”