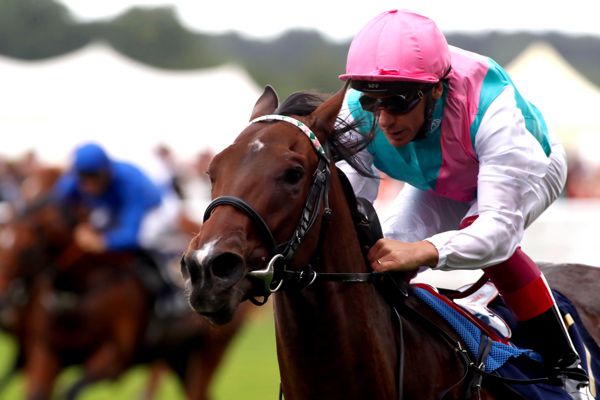 Connections will make a final decision this weekend on Calyx’s participation in the Qipco 2000 Guineas after the Coventry Stakes winner pleased them in a Newmarket gallop.

Calyx was ridden by Frankie Dettori over seven and a half furlongs alongside stablemate First Eleven this morning, easing ahead in the latter stages.

Trainer John Gosden and Teddy Grimthorpe, racing manger for owner Khalid Abdullah, were both suitably impressed and indicated an impending call on whether the Kingman colt will return in next weekend’s opening Classic over the Rowley Mile.

Gosden said: “I’m happy with his work — and he had a nice, normal blow.

“He picked up well, and a decision will be made over the weekend. There is no decision now.”

Calyx’s odds shortened of late into a general 8-1 for the Guineas, despite his racecourse absence since taking his career record to two from two at Royal Ascot last June.

Grimthorpe added: “He has gone nicely and picked up well — Frankie seemed pretty happy with him.

“We still have a few things to think about, and I want to discuss it with Prince Khalid, and we will see how he is after this.”

Guineas confirmations will be published on Monday.

Grimthorpe said: “There is no decision if we run or not (yet), because we have a couple of things to discuss.

“Frankie, in terms of how the horse is, is happy with him.

“We have to make a decision by Sunday anyway — and that’s when it will be done.”