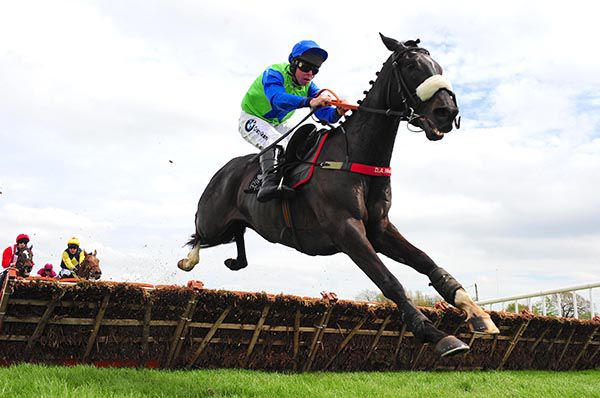 Trainer Dermot McLoughlin feels Canardier has earned the right to run at another spring festival following his fine effort at Cheltenham.

The seven-year-old could go to either Aintree, Fairyhouse or Punchestown after taking fifth place behind William Henry in the Coral Cup.

“He ran a cracker. We knew going we were backs to the wall as the ground was changing, but the boys (owners Slattery Bloodstock) wanted to go,” said the County Meath handler.

“I was very happy with the way he jumped, in a competitive handicap he jumped and travelled. He came home safe and well and he’s in good nick.

“We might make an entry for Aintree — I’d say a flat track would suit him, but we’ll see. There’s plenty of options and the ground might dry out, you’ll have Punchestown, Fairyhouse and Aintree.”