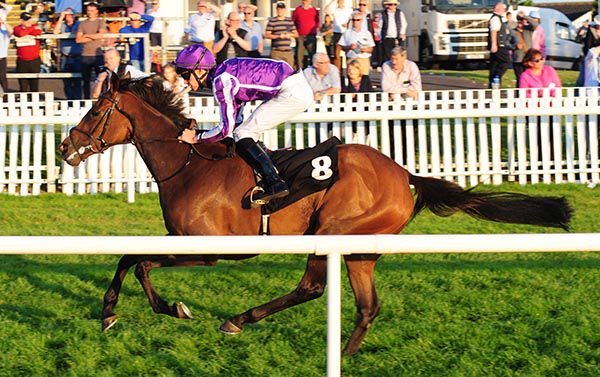 Donnacha O'Brien kept up the pressure on Jockeys' Championship leader Colin Keane with a double at Bellewstown today, completing the feat on his father Aidan O'Brien's trained South Sea Pearl in the concluding Tote (Fillies) Maiden.

The daughter of Galileo, returned the 5/4 favourite having drifted markedly late-on to over 2/1 on the exchanges, appeared to run in snatches with Joseph O'Brien resorting to the whip with five furlongs to race.

Afterwards Donnacha O’Brien, earlier successful on Jupiter Road for his brother Joseph O'Brien, said “she doesn’t do a stroke but she stays very well. She had her ears pricked for the last two furlongs.

“She’d go as far as you’d want and is still learning and still raw. Hopefully she’ll learn plenty around a track like that.”