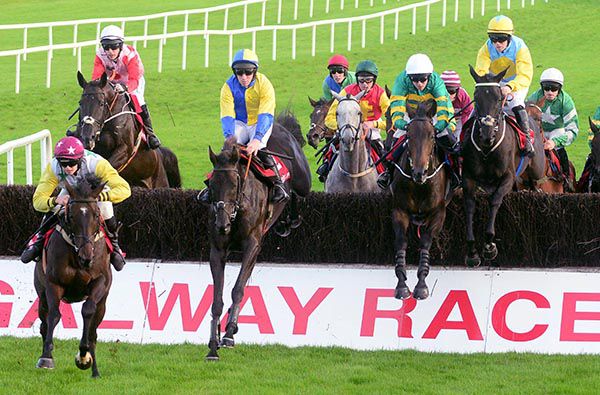 The Shane Nolan-trained Charlie Stout wore down Stormey to grab victory late on in the Tote Beginners Chase at Galway this evening.

The eventual runner-up had been to the fore throughout in the two-mile-two contest and appeared to have things in control when travelling best turning for home.

Eamonn Corbett got a good tune from Charlie Stout on the long run-in, however, and got his head in front close home to secure a length success.

The winner, one of three 4/1 co-favourites, had chased home the smart Movewiththetimes at Killarney on his last outing.

The winning rider said:- "He was very tough. The race didn't suit him. Down the hill we were flat to the pan struggling to catch Stormey, but once we straightened up and got over the crest of the hill we were always going to beat him.

“He ran well when beaten by a horse rated far higher than him last time at Killarney."