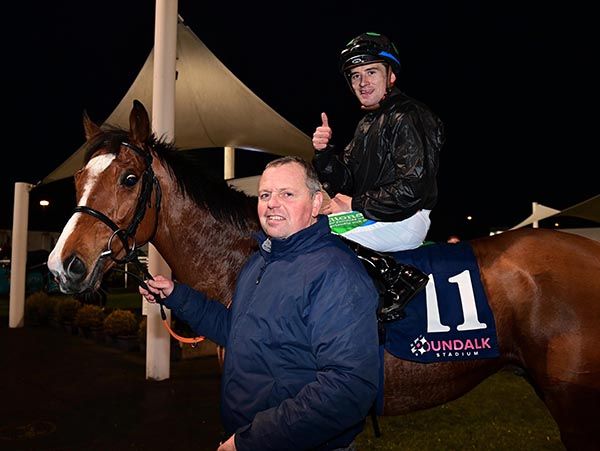 The son of Markaz race prominently and scored by 1.75 lengths from Well Funded to provide trainer Lynch with a third winner in her second year with a license.

Afterwards jockey Enright said "I thought in his last couple of races, over 1m4f, all he was doing was galloping away. He was a little bit keen early and I said at the bottom of the straight he will either stay or he won't. He put his head down and he was going away at the line.

"He's owned by my father and he's for sale so, if anyone wants a nice jumper, he is on the market and selling all the time!"