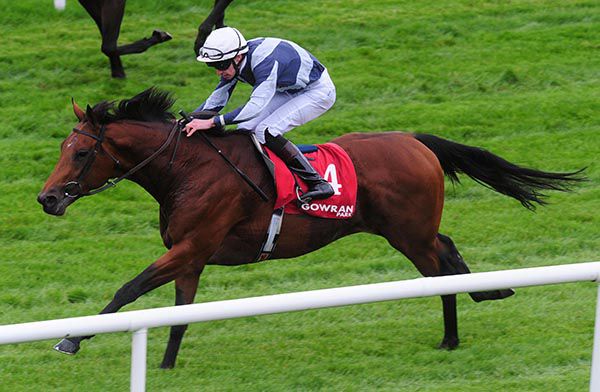 Circus Maximus is a hot favourite to provide Aidan O’Brien with an eighth victory in the Homeserve Dee Stakes at Chester on Thursday.

The Ballydoyle maestro has saddled five of the last seven winners of this recognised Derby trial and this year fires a twin assault — with Circus Maximus joined by stable companion Mohawk.

Circus Maximums appears the first string under Ryan Moore, having rounded off his juvenile campaign by finishing a close-up fourth behind his 2000 Guineas-winning stablemate Magna Grecia in the Vertem Futurity Trophy at Doncaster.

The Donnacha O’Brien-ridden Mohawk is no forlorn hope, however, as the winner of the Royal Lodge Stakes at Newmarket last September.

The home defence is headed by the Andrew Balding-trained Fox Chairman.

The Kingman colt made a big impression when justifying market confidence with a dominant debut success at Newbury last month and Balding is hoping he can overcome his inexperience on the Roodee.

“He won his maiden very well and is a horse we think quite a lot of,” said the Kingsclere handler.

“We’ve been happy with him since Newbury. It’s obviously a big ask to be going to a track like Chester on just his second run, but we like him and we’ll see where we are.

“He lacks the experience of some of the horses he’s up against, but I hope he’ll run well.”

Living Legend has won his last three races for Mark Johnston, but faces a significant step up in class after landing a maiden auction at Lingfield, a novice event at Kempton and a handicap at Bath.

Charlie Johnston, assistant to his father, said: “I’m not sure dropping back in trip is ideal as he won over a mile and a half at Bath so a stiffer test would suit better, but it looks like it could go quite soft.

“He was in all of the Derby trials and we plumped for this one. Although the trip and conditions of some of the others might have suited him better, this has broken up a little — although there’s no such thing as a weak Dee Stakes.

“We could have kept on chipping away in handicaps, but his owners were quite keen to have a go and hopefully he’s up to the task. I’m pretty certain he’s better than his mark of 91 based on his last race.

“We had (subsequent Dante winner) Permian beaten in that race at Bath a couple of years ago, it’s always a strong race and we think he’s well above average, but he’s in the deep end here.”