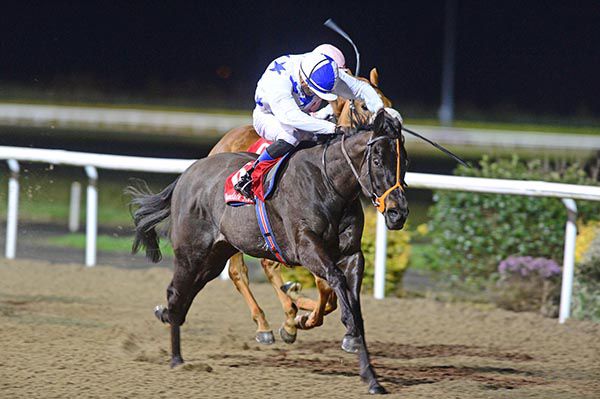 Cityman got on top inside the final furlong to run out a convincing winner of the Hydroscand Ireland Maiden at Dundalk.

Andy Slattery's charge tracked the front-running Royal Court in the six-furlong contest and was on his girth early in the straight.

Ben Coen asked the 11/4 shot to hit the front passing the furlong pole and he went on to record a two-and-a-half length victory.

The winner was making the break through at the sixth attempt having been placed three times.

Brian Slattery, brother and assistant to the trainer said:- “We thought he would have won his maiden a while ago.

“We gave him a break, gelded him, and he’s come back a better horse. Ben said he was a lot more professional today.

“He works very well at home. It’s only his second time running for Michael (Quinlan) so it’s great he’s won. He just blew up the last time so we expected him to improve a bit.

“Five or six furlongs (is his trip) and Ben said the stronger the race the better he’d be. He likes good ground.”