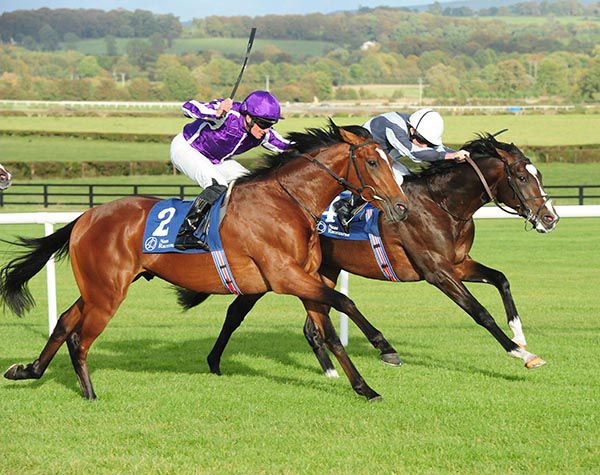 Classic clues will be on offer at Chester on Wednesday after 18 entries were received for the MBNA Chester Vase Stakes.

Aidan O’Brien, who is a big fan of sending his Derby and Oaks prospects to the Roodee, has seven possibles at the six-day stage.

They include Japan, one of the ante-post favourites for the Investec Derby next month having won the Beresford Stakes last season.

Anthony Van Dyck, placed in the National Stakes and the Dewhurst at two, Norway — who won the Zetland Stakes — Royal Lodge victor Mohawk and the once-raced Sir Dragonet are in the mix too.

Martyn Meade’s Technician, slightly unfortunate behind Bangkok at Sandown last week, and Royal Ascot winner Arthur Kitt — who stumbled on leaving the stalls on his return at Epsom — could also turn up.

There are also 18 entries in the Arkle Finance Cheshire Oaks — with O’Brien responsible for four, including Happen who chased home Lady Kaya in a trial for the Irish 1,000 Guineas.

Ralph Beckett’s Manuela De Vega stands out on juvenile form — having won both her starts, including in Listed company.

John Gosden’s Fanny Logan could step up in class after winning a Wetherby maiden and may be joined by the Frankel filly Mehdaayih — while Balding has entered Grace And Danger, impressive on her only outing at two, and Sneaky Peak.