Cobden closes in on first century 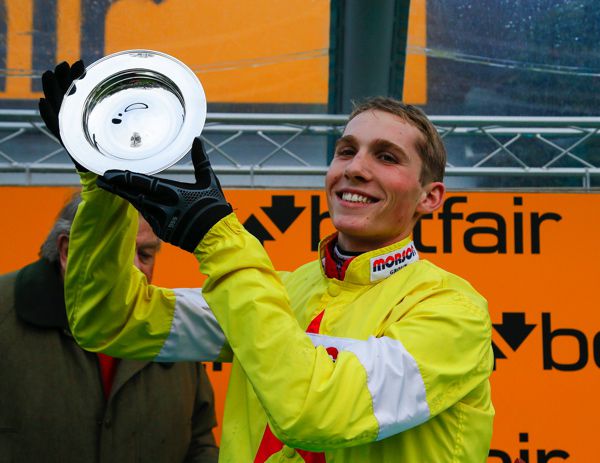 Harry Cobden continued his season to savour when moving to within one winner of the first century of his career as Birds Of Prey made it fourth time lucky over hurdles at Taunton.

Having enjoyed three Grade One winners this campaign, the 20-year-old inched nearer another personal milestone when getting the Paul Nicholls-trained 8-13 shot up by a neck in the Farmers Arms Combe Florey RNLI Maiden Hurdle on Tuesday.

The victory was the first Cobden, who has won the King George VI Chase aboard Clan Des Obeaux and the Ascot Chase on Cyrname this season, had celebrated since Topofthegame landed the RSA Insurance Novices’ Chase at the Cheltenham Festival last week.

Cobden said: “I knew I was always going to win after the last, because he has got that bit of Flat speed, but I didn’t want to hit the front too soon. It is great for the owners, because they have been very patient with the horse.

“He is getting better and better all the time. He would appreciate better ground, because it is a bit dead out there — and that just zaps his class.

“I should already be on a 100 winners and I have been a bit unfortunate recently — but I hope I’ll get there in the next few days.”

A trip to Sandown on the final day of the season will be next on the agenda for Birds Of Prey, according to connections.

Harry Derham, assistant trainer, said: “It was a messy old race, and they didn’t go fast, but it’s job done.

“There is a £100,000 novice handicap hurdle at Sandown on the last day of the season which he will go for now.”