Colenso aiming for hat-trick at Tramore 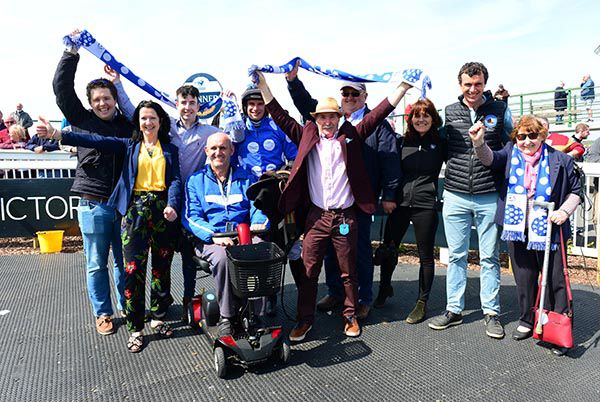 Formerly trained in Britain by Andrew Balding, the son of New Approach was picked up for the relatively modest fee of 11,000 guineas at Tattersalls last July and is now looking a shrewd purchase.

His efforts in three maiden hurdles in January, February and March were fairly uninspiring, but he bolted up at Wexford on his handicap debut and comfortably defied a 7lb rise over this course and distance.

The assessor is bound to catch up with him eventually, but a further 8lb hike might not be enough to stop him going in again.

Colenso’s two main rivals appear to be Gordon Elliott’s recent Clonmel scorer Skeaping and Littlestickarubarb who has won two of her last three starts over fences for Mick Winters and reverts to the smaller obstacles off a significantly lower mark. Megalomaniac looks the one to beat in the opening Tom Murphy Mercedes Benz A-Class Beginners Chase.

Henry de Bromhead’s inmate opened his account in good style in a handicap hurdle at Clonmel little over a fortnight ago and looks the type to raise his game significantly over the larger obstacles.

The nine-year-old belatedly opened his account at this venue in mid-May and a 6lb rise does not look insurmountable.

Elliott’s Gun Merchant and the Emmet Mullins-trained Rocket Lad look the two to concentrate on in the concluding bumper.