Commonwealth Cup 'next port of call' for Lady Kaya 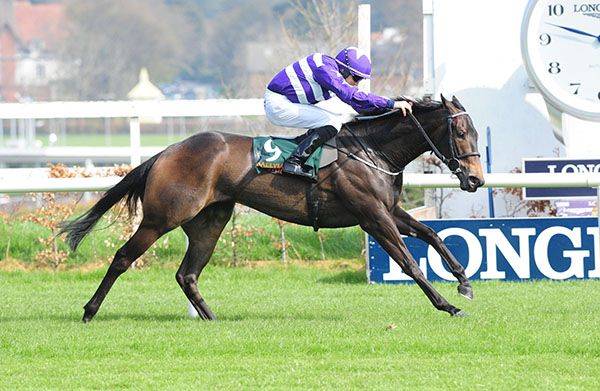 Sheila Lavery has identified the Commonwealth Cup at Royal Ascot as the next likely target for 1000 Guineas second Lady Kaya.

The Dandy Man filly was beaten a length by Hermosa at Newmarket last Sunday after winning her trial event over seven furlongs last month.

Lavery is now favouring a switch back to six furlongs from a mile for the Ascot Group One, but believes Lady Kaya is equally as capable over the longer trip.

She said: "She is great. She's amazing and if only they were all like her to train, she's unbelievable.

"She's just so easy and she drank and ate the whole way home. She hasn't left a nut.

"Obviously we haven't ridden her, but she's in great form.

"I think we could mix it up with her from a stiff six to a soft mile."

Lady Kaya is a best-priced 14/1 shot for the Commonwealth Cup, for which Calyx is 6/4 favourite.