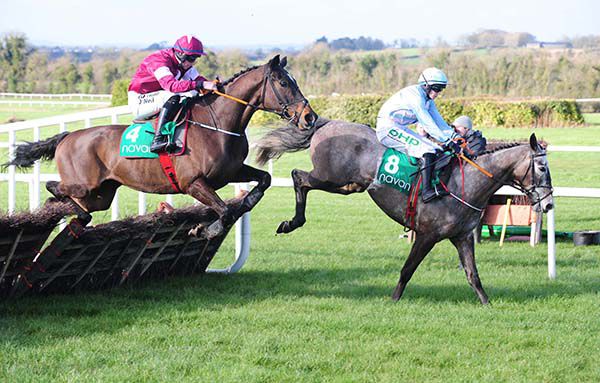 The Milan gelding went in pursuit of leader Raya Time (11/10f) after the third last flight and while the winner made a slight mistake at the final flight, he was nonetheless full of running once Kennedy asked him to pick up Raya Time on the run-in. Milan Native edged ahead, under a confident Kennedy, close home and scored a cosy length and a quarter success.

“He's a big chasing in the making. He improved a lot from his first run. I'd say he could definitely step up in trip. He's a nice horse.”