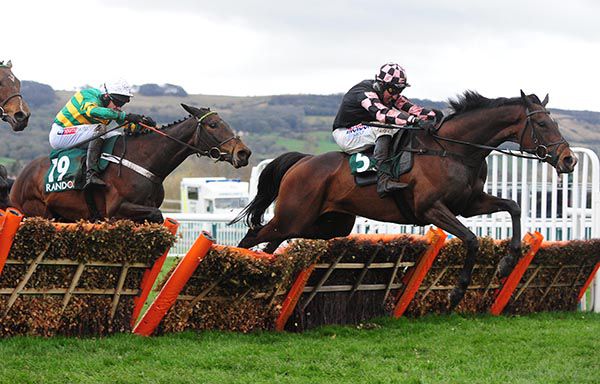 County Hurdle winner Ch'tibello is likely to have a crack at the Betway Aintree Hurdle on Thursday.

The Dan Skelton-trained eight-year-old benefited from a wind operation and bounced back to form to win one of the most competitive handicaps of the season at Cheltenham.

In the euphoria of the aftermath Skelton said he told his brother Harry going out that he had "10lb in hand" and unfortunately the handicapper took him at his word by putting him up that amount, almost certainly ruling out a crack at the Galway Hurdle.

Part-owner Ian Marmion said: "The plan is to have a look at the Grade One at Aintree.

"I don’t know about Ayr (Scottish Champion Hurdle). The handicapper put him up 10lb and I would think it’s very hard to win a competitive handicap like that off 156 so as far as I’m concerned we’re going to Aintree.

"The ground is unlikely to be any slower at Ayr than Aintree. We thought straight after the County that we might go to Ballybrit and have a go at the Galway Hurdle with an extra five, six maybe seven pounds.

"Myself and the other owners are from Galway but we’re not going to try and win that off 156 — but if he never wins another race I don’t care!

"I think excitement got the better of Dan after the race. I saw him the other day and told him I’d never heard Barney Curley say one had been a 15-month plan and he had 10lb in hand!

"Actually I think what he meant was the horse had once been rated 10lb higher at his best but he’d had his heart broken by The New One at Haydock. He didn’t have 10lb in hand and it wasn’t a 15 month plan. He was well beaten in last year’s Champion Hurdle and he looked a beaten horse in the paddock that day.

"After the County he knew he'd won, he had a spring back in his step prancing around and barely blew."

Now eight, Ch’tibello is highly unlikely to go over fences.

Marmion, who will also have Azzuri in the Red Rum Chase on the same day, went on: “We schooled him the season after he missed the Champion Hurdle through injury (2017).

"He jumps hurdles brilliantly but Dan said he’d never be a Grade One chaser, he was only adequate, he wouldn’t be better over fences than he was over hurdles."