Crosspark all set for Scottish National 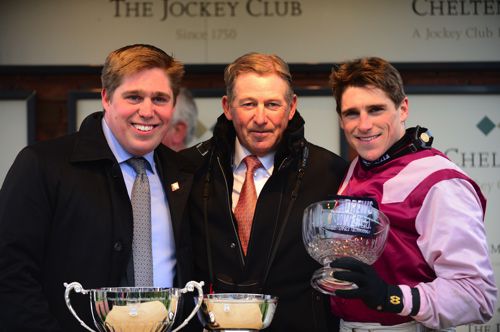 Eider Chase winner Crosspark rubber-stamped his participation in the Coral Scottish Grand National at Ayr by coming through his last gallop with flying colours.

The nine-year-old has been raised 7lb for winning the valuable prize at Newcastle, but trainer Caroline Bailey admits that was to be expected.

Jamie Moore was on board at Gosforth Park, but Bailey has confirmed Harry Skelton will ride Crosspark again on Saturday — having won on him twice this season.

“He did his last bit of work this (Tuesday) morning, and I was happy with that — so at the moment it’s all systems go.

“I wouldn’t run him on good to firm, but I don’t think they’ll let it get that quick anyway. Good, good to soft will be fine.”

Bailey has no qualms about Crosspark’s career-high rating.

“You win a race as valuable as the Eider and you expect something like that to be honest — you’re not going to get away with much less.

“It might catch him out, but he seems to stay forever and he’s got to take his chance.

“Harry Skelton will ride him, all being well.”