Demi gets it right on second start over fences 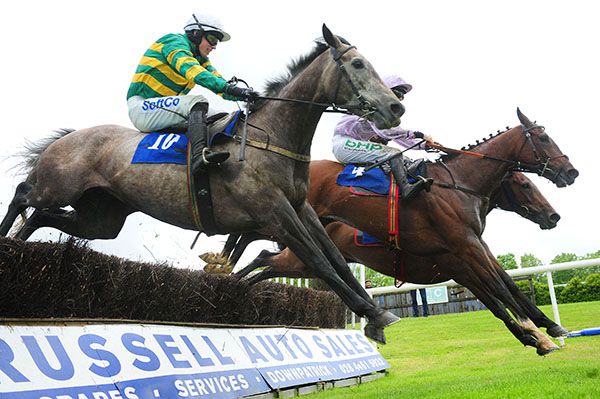 Demi Plie got it right on her second start over fences, as she took the Speckled Hen Bar & Restaurant Beginners Chase.

The dual hurdles victor unseated two out when still in with every chance on her first start over the larger obstacles at Tramore.

Sent off the 3/1 favourite to make amends this afternoon, the Padraig Roche trained six-year-old was settled behind the leaders by Bryan Cooper and was fifth with a circuit to race.

She improved into a close second from three out and briefly dropped to fourth from the last.

Soon ridden, she had a good tussle with Isle Of Destiny inside the final 150 yards, with just half a length separating them at the line.

The runner-up was returned at 10/3 under Jack Kennedy for Gordon Elliott, while Dasmyhoss (4/1) was another three and three parts of a length back in third.

Roche said of his JP McManus owned victor: "Bryan gave her a great ride and she loves jumping. She's bred for different things but it is nice to get a winner.

"She had every chance the last day but you wouldn't know if she would have won.

"It was for horses rated 109 (today) and she's rated 108 so that's her kind of bracket. She likes jumping fences.

"We'll keep her going during the summer and find something similar."