Didtheyleaveuoutto set for step up in trip 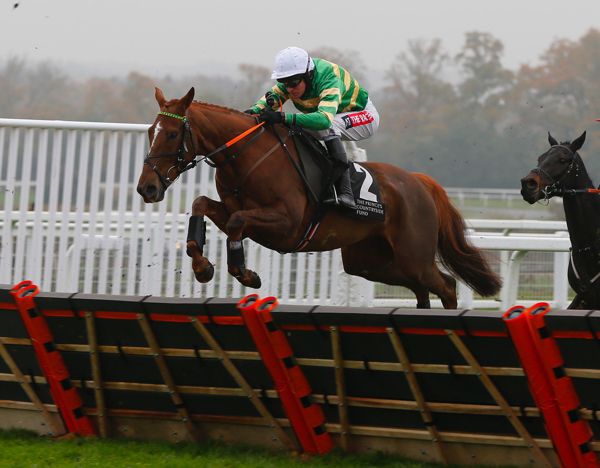 Nick Gifford will look to step Didtheyleaveuoutto up in trip on his next start after earmarking two potential options at the Cheltenham Festival.

The Findon handler is considering running the JP McManus-owned six-year-old in either the Martin Pipe Conditional Jockeys’ Handicap Hurdle over an extended two and a half miles or the Coral Cup, after he failed to feature in the Betfair Hurdle at Ascot on Saturday.

Gifford said: “I think the fallout from Saturday was that he answered a few questions.

“I had a few niggling doubts about him over two miles and he has shown he is not quite good enough in that grade over that trip and he now wants stepping up.

“He got away with it in his bumpers and his first two novice hurdles over two miles, but at the next level up he is clearly not quite up to it.

“I should think JP and his team will have a plan. The Martin Pipe looks an obvious race or there is the Coral Cup. I think he would slot nicely into one of those handicaps.”