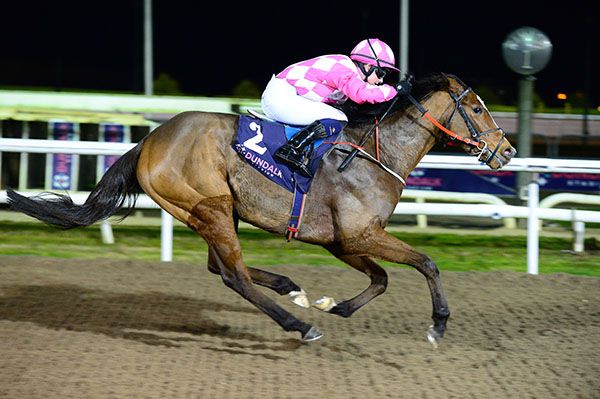 McConnell had no runners at any of the Christmas festivals and sent out his final runner of the year on December 20 but has begun the new year in tremendous style. The trainer began with a hurdles double at Musselburgh on January 1 and tonight repeated the feat by winning both divisions of the 1m2f handicap at the Co Louth venue. Happaugue s win in the opening division was followed up Magi Gal and her jockey Siobhan Rutledge's second career wins in the later 'split'.

Rutledge had previously ridden her first winner on the daughter of Magican at Navan in September and today the pair doubled their score with a nose win over Lady Rosebud.

McConnell's other runner in the concluding race Make Good finished fourth and while that runner required the trainer's immediate attention being on lead-up duty, he also stated “we freshened her (Magi Gal) up a good bit after the last day and the race set up well. Ross (Coakley, rider of Make Good) said they were going a strong pace the whole way and she travelled very well.

“For a small filly she’s very tough and improving and it was a great ride by Siobhan who is coming on in leaps and bounds.

“If I could get four winners a week I’d be happy for the rest of the year!”

Regarding his pair of winners at Musselburgh on Wednesday, he added “they might go back for the Trials day in Musselburgh. There is a Pertemps for Fred The Foot and a Triumph Hurdle Trial for Never Do Anything. That’s only a thought but it’s a possibility.”