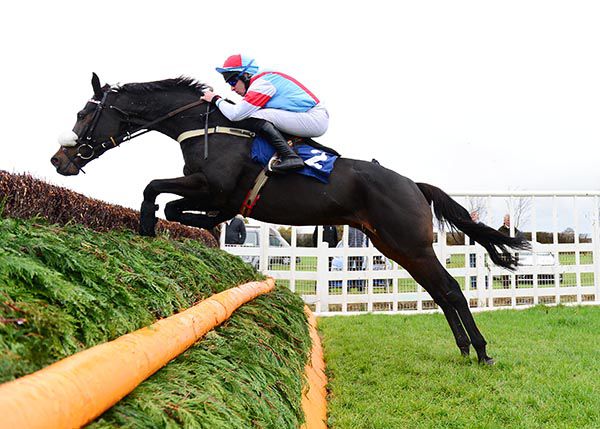 Harry Whittington may decide to send Saint Calvados back to Ireland again on his next start for the Ladbrokes Dublin Chase at Leopardstown.

The recently-upgraded Grade One contest, on February 2, is one of two potential options for the six-year-old — who is unlikely to take up his entry in the Matchbook Clarence House Chase at Ascot on Saturday week.

Andrew Brooks’ gelding was third on his most recent start in the Tingle Creek at Sandown, having previously made a winning return to action when accounting for last season’s Arkle winner Footpad in a Grade Three event at Naas.

Oxfordshire trainer Whittington said: “Saint Calvados has an entry in the Dublin Chase, and he will be in what was the Game Spirit at Newbury. He will run in one of those two races — we just hope we get some rain between now and then.

“The Dublin Chase is of definite interest, after they have upgraded it to a Grade One, and it is definitely worth a look at.”

Whittington explained that Saint Calvados’ Ascot entry was only ever speculative.

“I put him in the Clarence House -and he was only going to go for it if the big two, Altior and Un De Sceaux, weren’t,” he said.

“He is unlikely to be confirmed for the race on Monday, because at least one will be going there.

“I’ve not done a serious amount (with him) since the Tingle Creek, but he is fresh and well. He had a little school this morning and he will then have a couple bits of more serious work, and he will be ready to rock and roll. He has definitely strengthened up.

“He will probably run in the Champion Chase afterwards — even though that is against Altior — and that might be it then for the season. But we will take each race as it comes.”