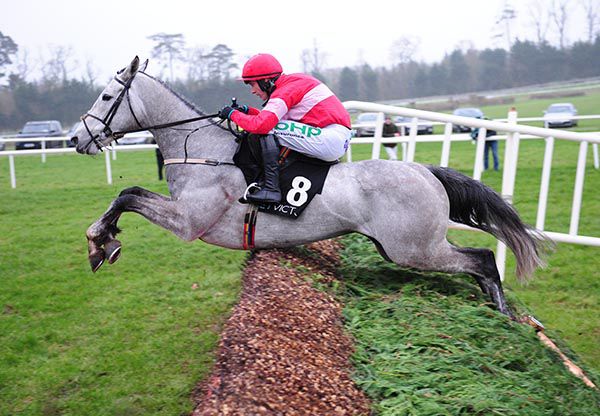 Duc Des Genievres galloped the opposition into the turf in the BetVictor Beginners Chase at Gowran Park.

Paul Townend had watched his title rival Rachael Blackmore clock up a treble on the card, so he will be delighted to secure this victory to go four clear.

His mount made all and raced clear for most of the race. The advantage was reduced entering the straight but he powered clear from two out to take the honours by 15 lengths.

Mullins ran four in the race and was rewarded with a first and third.

“His run the last day put him in the position that he could do that,” said Willie Mullins.

“That should leave him right for next month. I think that type of distance would be far enough for him.”

Mullins ran four in the race and was rewarded with a first and third.