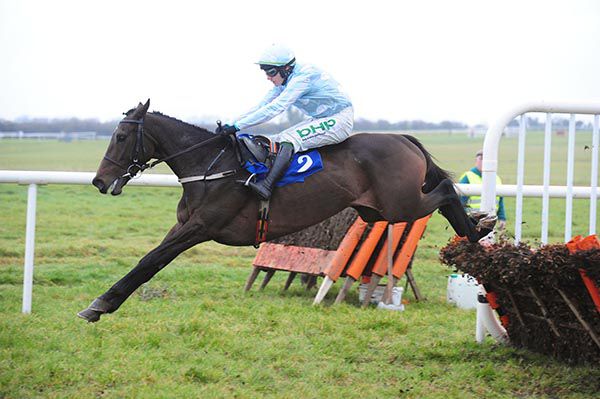 Pushed out and keeping on up the run-in, the successful daughter of Saint Des Saints warded off My Sister Sarah (Danny Mullins) by half a length.

"It was a good return for both fillies and it was a form book result and they both jumped well," said Mullins.

"Sister Sarah took a bigger blow and we'll look for fillies and mares' contests for them over Christmas and in the new year. Both will stay hurdling for the time being and both would want further but the conditions of the race suited them."