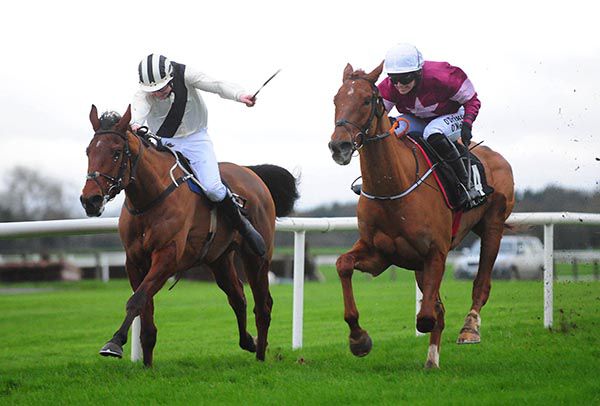 Ridden by Lisa O'Neill, the son of Shantou was made work by eventual runner-up Fiddlerontheroof in the closing stages and while Fiddlerontheroof's rider Harry Swan lost an iron inside the final furlong, it mattered little at the line, as Run Wild Fred edged ahead close home to record a length and a quarter win.

“Lisa said they went a nice gallop early but pulled up halfway through and then quickened. She said it took him the length of the straight to get going.

“He could be a horse that we'd run in a good hurdle race and then put him away for the year.

“He's not really a bumper horse, he's a nice horse.”