Elliott and Kennedy double up at Aintree with Felix 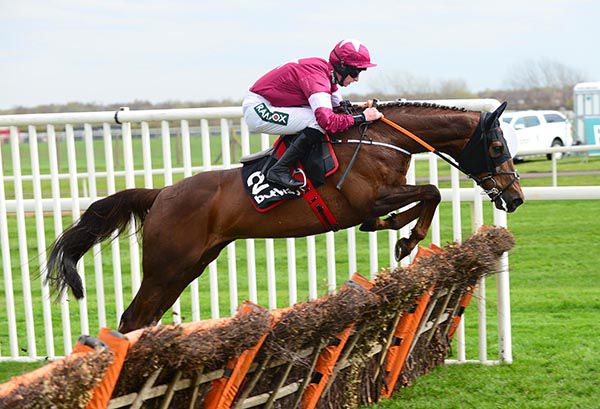 Gordon Elliott’s six-year-old survived a bad mid-race blunder to make all the running in the Grade One, having finished fifth in the Supreme Novices’ Hurdle at Cheltenham.

Itchy Feet was two places in front of him last month, but he never looked happy here and it was to his credit that he stuck on gamely to claim fourth behind the 7-2 winner.

It was left to Aramon and Ruby Walsh to make ground from the rear and while the 3-1 favourite was the only runner to threaten after the last, he could only get within a length and a half.

Elliott and Kennedy were completing a quickfire double after Three Musketeers took the opener.

Elliott said: “He’s not a bad horse and Jack gave him a good ride.

“We said we’d let him stride along. With the horses we have and the jockeys we use, we don’t tie them down to instructions and complicate things. We let them use their heads.

“I thought he might be in trouble when he made that bad mistake, but in fairness to him, in the last 50 or 100 yards he picked up and stayed going.

“I thought when he won his maiden hurdle he was good. He disappointed a few times after that, but I’d say we were riding him wrong.”

He added: “I’ll get him home and see how he is. I’d imagine he’ll go to Punchestown, but chasing is going to be his game, so to win a Grade One over hurdles is great.”

Willie Mullins said of runner-up Aramon: “He ran a fine race on the ground. It was a great performance by the winner, as he did it the hard way. We ran well to finish second. I’m pleased enough.

“We thought there would be plenty of pace and we were hoping they would come back, but they didn’t, at least one didn’t.

“The horse ran his heart out. He will go to Punchestown.”