Enable in 'great order' ahead of season to come 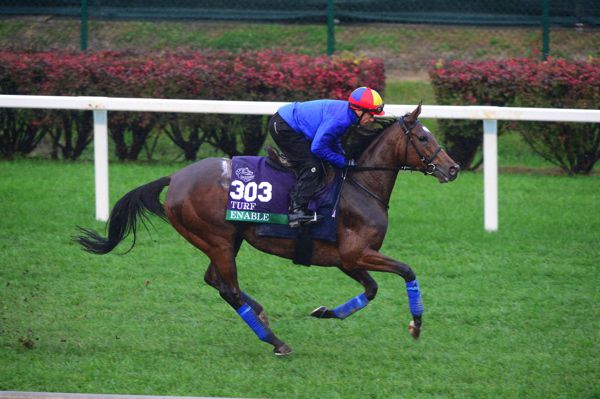 Despite having endured a troubled preparation, the daughter of Nathaniel narrowly denied the the William Haggas-trained Sea Of Class to successfully defend her Arc crown at ParisLongchamp in October - becoming the eighth dual winner of Europe's premier middle-distance prize.

Owner/breeder Khalid Abdullah sportingly confirmed after Enable went on to win at the Breeders' Cup that she would stay in training as a five-year-old, with the aim of becoming the first horse in history to win a third Arc.

And speaking at his Newmarket base on Monday, Gosden could not be happier with his charge ahead of the new campaign - with the Coronation Cup at Epsom on May 31st her likely starting point.

Gosden said: "She has started cantering again and you would be hopeful she would be running in something like the Coronation Cup.

"There wouldn't be any point starting her earlier. If you are trying to get to the Arc, you don't want to be starting in the middle of April and there aren't really the races for those older ones until later on in the year.

"She is in great order. She is even bigger and stronger again, so it is fingers crossed with her.

"She has enjoyed the winter and is loving her exercise.

"We are pointing towards the Coronation Cup, but it is all about gearing her towards the first weekend in October in Paris."