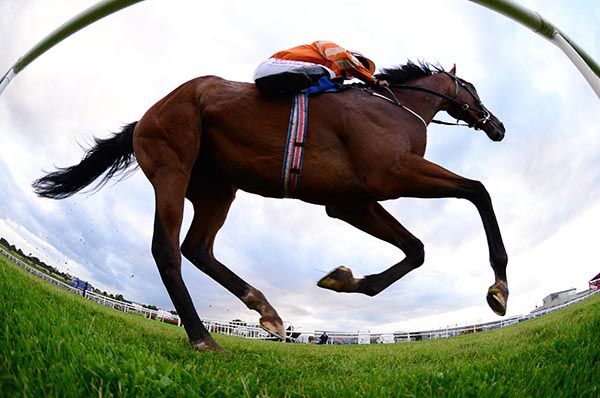 Feux De Bois brought up a Roscommon treble for Joseph O'Brien in the Ireland's Hidden Heartlands Flat Race, but not without a scare.

The 4/5 favourite was well clear in the final furlong, with Tom Hamilton in the plate, however, Dakota Beat (8/1) ran on strongly from another parish to get to within a head of the eased-down winner. More Lies Ahead (7/1) finished third, a further eight and a half lengths back.

“He’s galloped well at home and he’s been away a few times. He stays all day.

“He’s hit the front far enough out. When a race packs up like that you always think should I sit or should I go, and he’s given him a squeeze and got there.

“On a young horse like that, or even an older horse, you never stop niggling away until the line. He’s a great rider and I think he’ll learn from that.”

The Stewards interviewed Mr D.T. Kelly, rider of Asking For Trouble concerning his use of the whip in the latter stages of this race. Evidence was heard from the rider concerned. Having viewed a recording of the race and considered the evidence the Stewards were of the opinion that Mr D.T. Kelly was in breach of R10(3)(g) by using his whip with excessive frequency. Having taken his previous record into consideration, the Stewards suspended Mr D.T. Kelly for two race days.