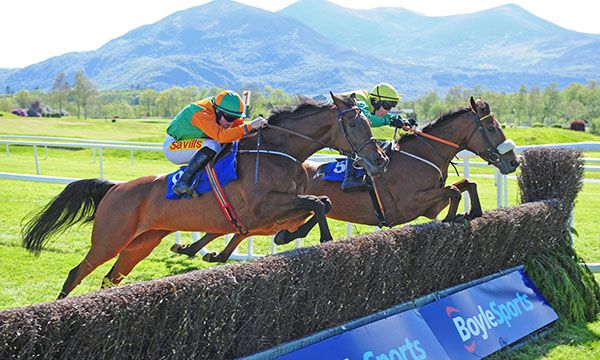 Flanagan, successful in the opening maiden hurdle on the Liz Doyle trained Feel Des Mottes moved Victoria Bay to chase leader Mega Mindy early in the home straight. Victoria Bay needed to work to get past that rival, but went by after the last to eventually score a length and a half success.

Bowe wasn't present and Flanagan later stated “I only ever rode her over hurdles but always thought she'd be a good mare over a fence.

“She probably would have come on a lot from her first run (over fences at Cork) and she is a very very good jumper of a fence.

“I was hoping for three good jumps and I had a fair idea she would deliver them and she did.”