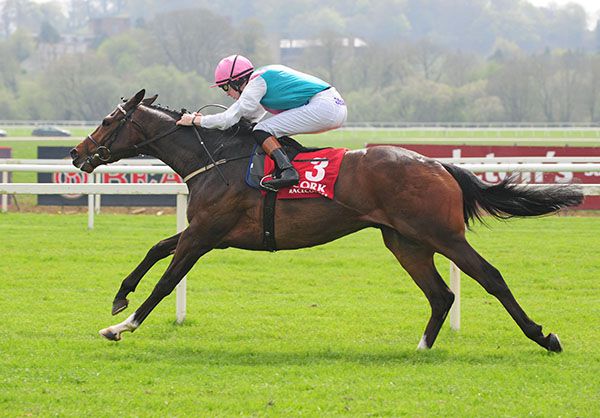 Georgeville will avoid a swift rise in class despite opening his account in smooth fashion at Cork.

Dermot Weld's Dawn Approach colt ran a promising race on his only start at two, and big things were expected on his seasonal debut at Naas, but he disappointed badly.

It was much more like it last weekend under Oisin Orr, who made nearly every yard of the running on him

Teddy Grimthorpe, racing manager to owner Khalid Abdullah, said: "He had been pleasing Dermot going into his first run of the season at Naas but disappointed, although the ground was soft.

"Obviously the way he won (next time) was impressive - but it was a median auction, before we get too carried away.

"He did it nicely and won comfortably, so I think we'll look at a gradual progression rather than a steep progression."