Getaway Kid one to watch for Meade 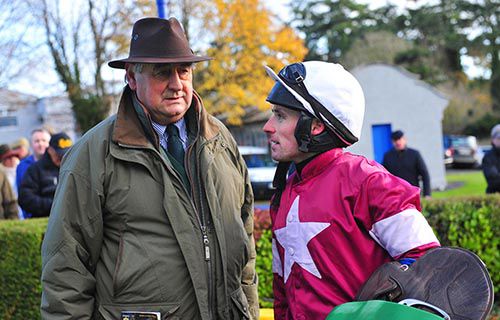 Noel Meade is confident Getaway Kid has not yet reached the ceiling of his ability following his impressive debut over fences at Down Royal.

The six-year-old is winless after 10 starts over hurdles, but was placed on his two most recent outings in that sphere, at Fairyhouse and Tramore.

He brought a hurdle rating of just 113 to his first start over the larger obstacles at Down Royal on St Stephen’s Day, but appeared a much improved horse, comfortably seeing off Grotesque in the hands of Sean Flanagan.

Meade said: “He’s one of those horses that you come across not that often in that he’s a fantastic jumper of a fence.

“Close or long he’s good — he just has unbelievable scope.

“He’s a big horse who was very backward early on and I hope he’s going to be a lot better over fences than over hurdles.

“We might go back in a hurdle race with him at some stage, but I’m imagine we’ll keep going over fences for the time being.”