Gigginstown and Elliott go back to back at Wexford 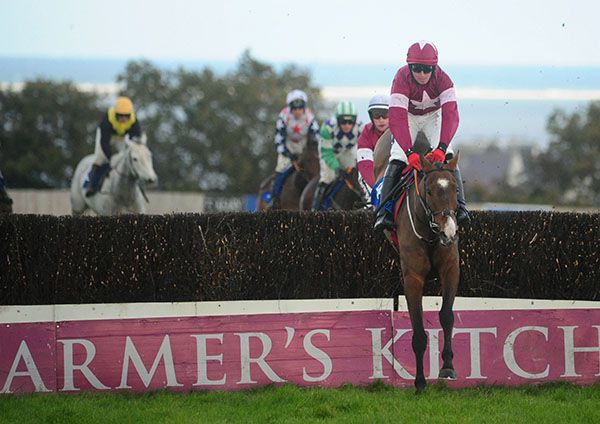 Following on from Champagne Classic in the feature 35 minutes earlier Gigginstown House Stud and Gordon Elliott doubled up at Wexford with Eclair De Beaufeu in the Poolcourt Beginners Chase.

It was difficult to argue with Elliott representative Ian Amond’s summation - “He won at his ease and he's a nice horse. It was pretty straight-forward,” in the aftermath.

He may not have been fluent at the last but that didn’t stop him from very easily achieving the win. It was another Gigginstown runner, Joseph O’Brien’s aforementioned Star Max, that took the silver medal.

“It was a nice performance. I don't know what the plans are but he will probably step up into a graded novice somewhere,” further reflected Amond.

“He probably came on a good bit from his first run.

“I'd say it wasn't a bad performance because the two of them went at it from a long way out.”

D.N. Russell, rider of Line Out trained by John E. Kiely, reported to the Clerk of Scales that his mount was very hesitant early on.