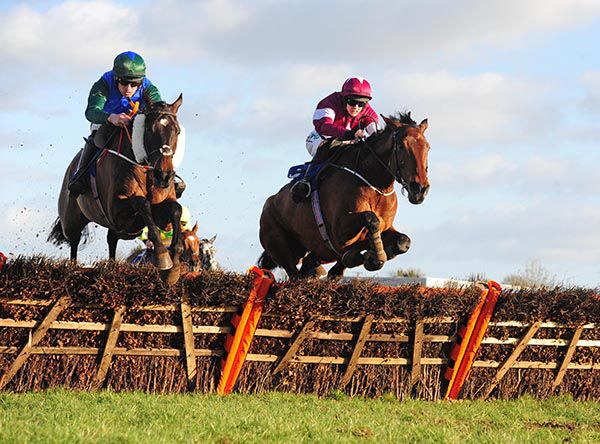 Smoking Gun got on top in the closing stages to land his fourth win of the season in the featured Thurles Handicap Hurdle this afternoon.

Joseph O'Brien's charge was a well-supported 6/4 favourite as he stepped up to two-miles-six for the first time in the €18,000 event.

Rachael Blackmore did the steering again on the Gold Well gelding having partnered him to success at Gowran last month.

He was produced to challenge two from home and had a narrow lead from Plan Of Attack before the last.

That rival battled back to have a narrow advantage at the final flight bu Smoking Gun found plenty on the run-in to get up for a three-parts-of-a-length success.

"He is improving away as we are stepping him up in trip. Rachael gave him a very good ride and I'm delighted,” said O'Brien.