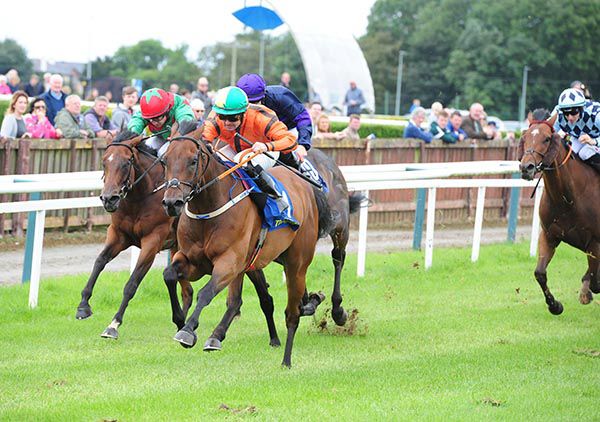 Connections of Hathiq have Group 1 glory as their long-term target as the gelding landed the Follow Tipperary On Facebook Handicap at Tipperary today.

The son of Exceed And Excel was bought for just Stg3,000 by current owner James McAuley in January 2019, having failed to run since his Kempton maiden win in November 2016 and today bagged his fourth career win under Rory Cleary.

"He'll come back here for a Listed race at the end of the month and he also holds an entry for the Group 1 Flying Five Stakes at the Curragh. If he won the Listed race it would be an option and the Group 1 often cuts into a small field and the lads picked it out.

"He deserves to hold an entry and you have to be in to win.

“It's good to have a win for the boys again as we have had a load of horses placed without winning and this winner keeps the show on the road.”