Helly takes step up in class in Meld Stakes 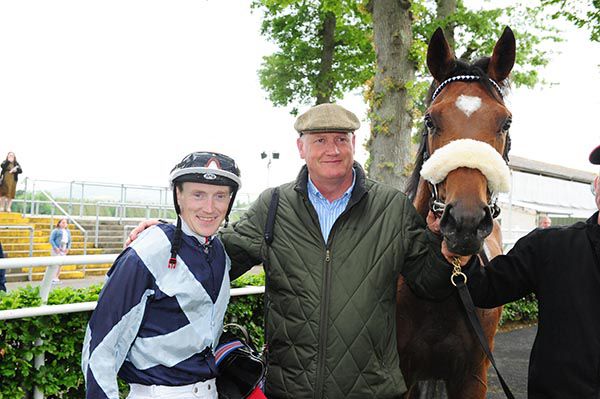 Up Helly Aa is out to uphold family honour in the Meld Stakes at Leopardstown.

Unraced at two, the colt is by the pre-eminent sire Galileo and out of the Group One-winning mare Fiesolana.

Having finished second on his debut at Cork in May, Up Helly Aa bolted up by more than four lengths on his second outing at Gowran and looks to have inherited plenty of ability to be a significant contender in Thursday’s Group Three.

Just like Fiesolana, he is trained by Willie McCreery.

Alan Cooper, racing manager for owners Flaxman Stables, said: “Willie likes the horse a lot, and he is a progressive type.

“We hesitated about running at Killarney (this week), because the ground was a little too fast for him, but there has been rain at Leopardstown.

“Up Helly Aa has shown some class at home, and we’re thinking he should be allowed to take his chance.

“Fiesolana did great things for Willie’s career, and Galileo needs no introduction, so we’re hoping he’s got traits from both of his parents. Some would say Galileo works very well with these top-class speedy mares.

“Let’s hope Up Helly Aa can give a good showing.”

He was trained in Germany as a younger horse before having two fruitless runs for Winx’s trainer Chris Waller in Australia.

Aidan O’Brien runs two, Mohawk unplaced in the Irish Guineas and French Derby, and Cape Of Good Hope — who has already run in France, England and America this season.

Jessica Harrington’s Pincheck sets the standard, having taken a Group Three last season, while Dermot Weld’s Tinandali was a wide-margin winner at Navan last time out.