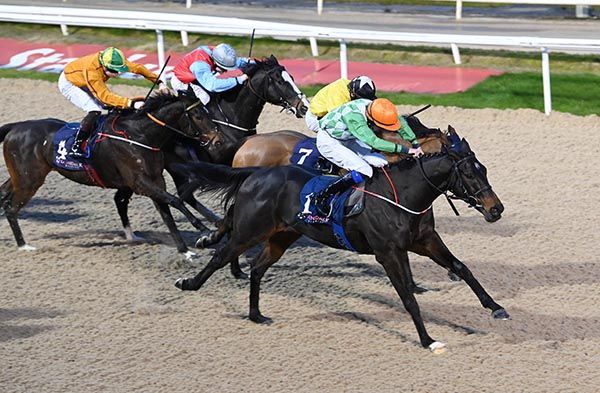 Unsuccessful in nine turf starts, all Inishmot Prince's wins have been gained at the Co Louth venue this year and today scored by half a length from No Speed Limit

Trainer McCourt said "I think he only does enough. He likes to get a bit of daylight, he got the clear run when he was coming through. He doesn't like getting boxed up in behind horses.

"The last day he won here, and today, he travelled a lot better. There were other times he was getting too far back and just wasn't travelling. It is only now he has started to travel.

"The recent three quick runs might have just flattened him a little bit and ideally, I suppose five and six (furlongs) seems to be his trip."