Keane praised for his work on Inscribe 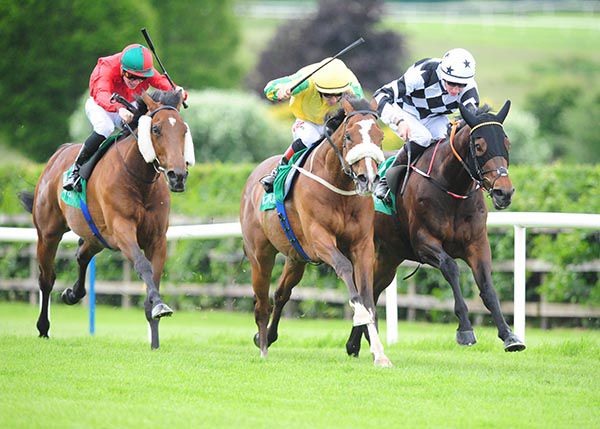 The 5/4 favourite had to work to reel in Construct but cut into the deficit and gained a narrow advantage in the final 100 yards.

Keane got him up by half a length from his 9/2 rival.

“I thought Colin was very good on him. That's as far as he wants to go,” said Ger Lyons.

“A mile-and-two or a mile-and-a-half is his trip. We had to protect him last year because we were on fast ground all summer. He's a gross individual.

“I'd like to think they won't be too hard on him and leave a little handicap in him. He's a nice horse to have.

“We'll maybe look for a premier handicap over a mile-and-a-half. If it was a wet summer he could keep stepping up gradually.”