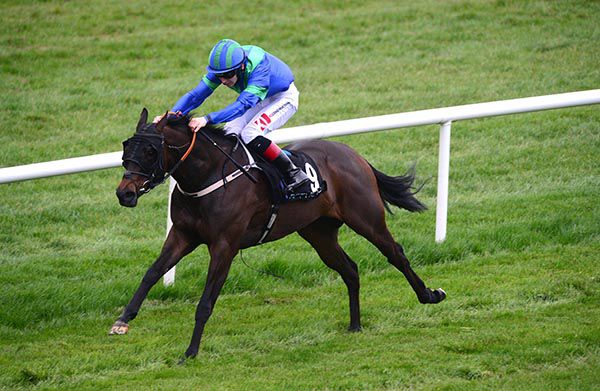 Keane was earlier on the mark for his boss Ger Lyons in the opening maiden through Basic Law's victory, and here he teamed up with Adrian Murray to partner Makfi filly Villa Maria.

On her first outing since November the successful four-year-old went off a far from ignored 6/1 chance, and she quickly wasn't for catching after taking over with more than quarter of a mile left to run. Youceeyouceecee chased home, at a distance of four lengths.

“She likes a bit of cut in the ground and she generally runs her best race when she's fresh.

“Where we go now depends on the ground. We'll see how she comes out of it.”