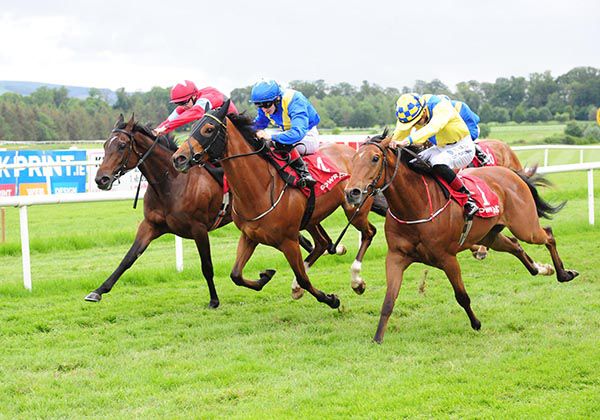 Johnny Murtagh was full of praise for Colin Keane after he conjured a late burst from Finding Nero to land the UPMC/Whitfield Handicap at Gowran.

The Holy Roman Emperor came between horses to get his head in front close home in the extended nine furlong contest and record a neck success in a tight finish. Olympic Honour took the runner-up spot while there was the same margin back to Red Sole Diva in third.

The 11/2 favourite was making his seasonal debut having been run some solid races at Dundalk last autumn.

“That was great — what a ride!” said Murtagh.

“He said he's still a bit babyish, he's not sure because one minute he's keen and the next he's off the bridle.

“In all fairness when he wanted him in the last 150 yards he quickened up well through the gap.

“Mentally he's probably still a little bit weak, and still has a little bit to go, but hopefully after today, with that race under his belt, he'll improve.

“Hopefully he can win another one of those before the year is out.”