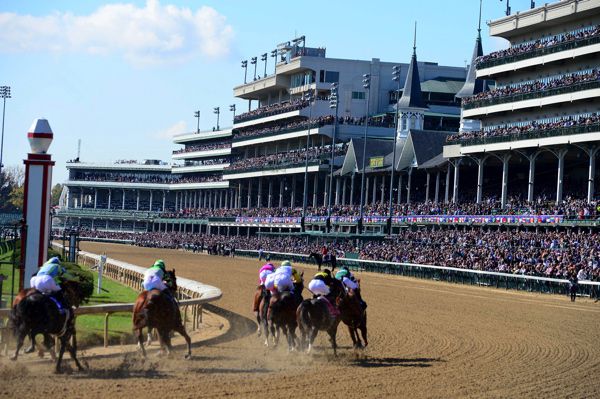 Connections of Maximum Security, who was disqualified from first place in Saturday’s Kentucky Derby, have had their request to appeal against that decision denied by the Kentucky Horse Racing Commission.

Lexington attorney Barry Stilz made the request to KHRC executive director Marc Guilfoil on behalf of owners Gary and Mary West, asking for an appeal to be heard by the full commission because the stewards actions were “arbitrary and capricious and did not comply with applicable administrative regulations. Their determination to disqualify Maximum Security is not supported by substantial evidence”.

The appeal was rejected, with a letter from KHRC general counsel John Forgy to Stilz explaining it was denied because Kentucky regulations do not allow appeals of stewards’ decisions.

Despite that conclusion, West plans to continue his action and said on bloodhorse.com: “We will now file suit in the appropriate jurisdiction.”

Maximum Security was disqualified from first at Churchill Downs after the stewards found him to have caused interference to War Of Will, with Long Range Toddy and Bodexpress also impacted.

Following a lengthy deliberation, the stewards awarded the race to outsider Country House, with Maximum Security demoted to 17th, behind Long Range Toddy.