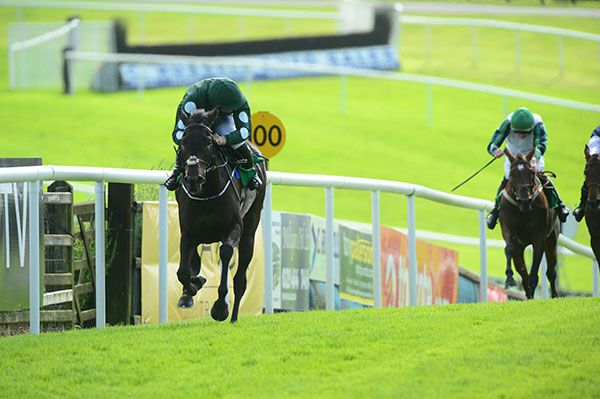 "She's a nice mare, she won a point-to-point well and she had a good run in a winners' bumper in Tipperary, and she stepped forward and put that experience to good use there," said Tom Hamilton after winning the Irish Stallion Farms EBF Mares INH Flat Race at Downpatrick on Lady Breffni

Joseph O'Brien trains Lady Breffni and the 5/4 favourite chased the leaders and was third from the halfway stage.

Pushed along from two furlongs out the successful Yeats mare soon went clear, keeping on well inside the final furlong to easily defeat Caer by seven and a half lengths.

"They do a very good job here - it is lovely, safe ground. There's no excuses around here and it was a good performance," further reflected Hamilton.

The Stewards wished to enquire into the fall of Arbor Vitae ridden by Mr A. Murphy, approaching the home turn. On the advice of the Irish Horseracing Regulatory Board Senior Medical Officer, Dr. J. Pugh, Mr. A. Murphy was unfit to attend for interview and the Stewards therefore referred the matter to the CEO of the Irish Horseracing Regulatory Board for further investigation.